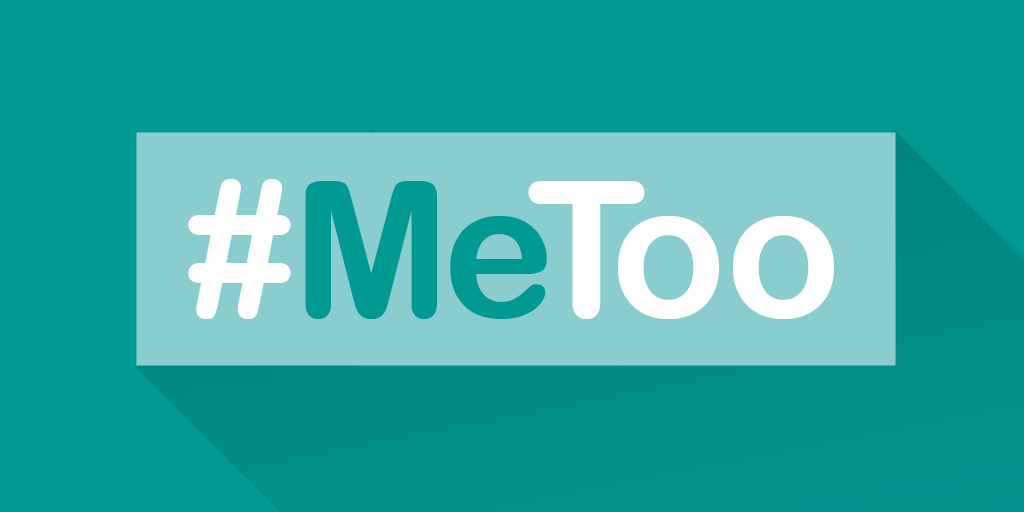 When actress Alyssa Milano asked all those who had experienced sexual abuse or harassment to share the hashtag #MeToo on social media, she could not have predicted the outpouring that followed. Since it first broke on the 14th October, the hashtag has been used and shared more than 12 million* times on social media. This is a movement on a monumental scale to highlight the widespread nature of sexual abuse and harassment around the world.

#MeToo has enabled many survivors of sexual abuse to find their voices and speak up, often recounting things that happened many years ago, but only now, with new platforms and changing perceptions in society at hand, are they able to speak out. Movements like this help reduce the feelings of isolation and guilt survivors may have, and to highlight that they are not the ones at fault in these scenarios; only those who have taken advantage of situations and power to display such inappropriate behaviour are.

The movement is credited to activist Tarana Burke, who first began work on helping survivors of sexual abuse and harassment to speak out more than ten years ago. Burke wanted a way of showing how widespread sexual abuse and harassment is in all societies, and how we must find a way to change it to help future generations avoid going through it. #MeToo shows exactly how many people have found the strength to come forward and speak up about their experiences. Both women and men have widely used the hashtag, illustrating that these issues cannot be confined to any individual person or group, and must be tackled together.

The #MeToo movement has risen in the wake of the recent allegations brought against Hollywood producer Harvey Weinstein. Presently, 59 women* have publicly accused Weinstein of sexually abusing or harassing them, dating back to as early as 1980. Many actresses including Rose McGowan, Angelina Jolie, and Gwyneth Paltrow were among the first to accuse Weinstein of sexually assaulting and harassing them, and in their wake, more women have come forward. Initially, the conversation focused on the ‘casting couch’ culture of Hollywood, but the #MeToo hashtag has expanded to encompass all survivors of sexual abuse and their experiences.

As investigations begin into the allegations surrounding Harvey Weinstein, it has opened the door for more people to come forwards about similarly powerful people who have abused such a position. Photographer Terry Richardson, who is alleged to have a long history of inappropriate behaviour on sets towards models, has been dropped by Condé Nast, the publisher for Vogue, GQ and Vanity Fair among others. Writer and director James Toback stands accused by more than 200 women* of sexual abuse and harassment spanning back to the 1970s. That so many people have found the strength to come forward and speak of their experiences as survivors is wonderful to see, and no doubt we will continue to see more stories like these emerge.

The importance of movements like #MeToo is that they allow a conversation to start where people can openly speak about their experiences, helping break down taboos and let people start down the path of healing the trauma they have experience. At Safeline, our work is centred on helping survivors of sexual abuse come to terms with their experiences and move on from it by finding strength. We’ve helped more than 25,000 survivors of sexual abuse to date, but as #MeToo indicates, there are still many more people who need our help.

You can contact Safeline anonymously through our emotional support helplines or through email, live chat, or text. Our team are fully trained and are here to help you. https://safeline.org.uk//contact-us/

*All statistics correct at time of print