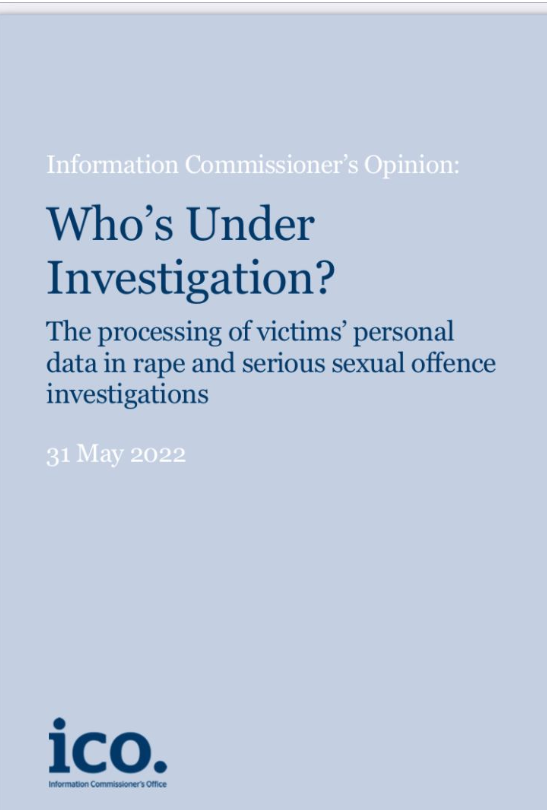 Investigators told to stop the mass collection of personal data in rape and sexual assault cases.

Today the ICO released its report into the processing of victims’ personal data in rape and serious sexual offence investigations. At its core, the Commissioner is concerned that:

This is not about data protection or data processing. This is about people feeling revictimised by a system they are entitled to expect support from.

There is growing evidence from different independent reports that suggests these intrusive practices are contributing to victims withdrawing from the legal process and thereby the very low conviction rates in relation to serious sexual offences.

More than 80% of sexual offences are believed to go unreported to police.

A 2019 study in London looked at 501 allegations of rape taken to police. Just 36 led to someone being charged. Only 14 ended in a conviction.

You can read the full report on the ICO site:

If you have experienced unwanted #sexual contact either recently or historically we are here for people who identif… https://t.co/LHniVRiMSf 2 days ago